Felicitations of Nurses with Bravery Award

Felicitations of Nurses with Bravery Award

TNAI’ Maharashtra State Bravery awards gives due recognition to nursing professionals who distinguish themselves by performing outstanding deeds of bravery and seek to inspire younger generations to emulate their example. The deed is an act of spontaneous selfless service in the face of risk to life or threat of physical injury and/or an act of courage.

TNAI Maharashtra state branch is proud of these nursing professionals and would like to felicitate them.

Mrs. Savita Ikhar from Indira Gandhi Government College and Hospital Nagpur. Mrs. Savita was on night duty when the fire broke out in the NICU of the hospital at 2.30m. in the miraculous escape, Ikhar not only ensured that the babes were safely evaluated but also didn’t forget to put their labels on them for identification later. She also turned jumbo oxygen cylinders off to avert a major tragedy. She rescued 9 babies from one to 15 days old.

Mrs. Dhumal is working as a lecturer in CON B.J. Medical Pune. On 27th March 2019, she saved a girl’s life who had attempted suicide by jumping into Dam. Mrs. Sharmila Dhumal with the help of locals brought her up, gave her basic life support till the return of spontaneous circulation, and transferred her to a nearby hospital. Both student and her parents have immensely thanked her and she is been felicitated by various organizations.

Mrs. Bhakti Tare and Mrs Aarya Sukal from V.N. Desai Hospital, Mumbai. The alertness and sharp mind of both helped save a five-day-old infant who was kidnapped from B.Y.L. Nair hospital on Thursday, June 14, 2019. After examining the baby’s umbilical cord and the condition of the kidnapper, she suspected foul play. Due to the prompt efforts of these nurses, the baby was reunited with the mother.

Traveling on a train is a most heinous experience for most of the Mumbaikers. Witnessing a lady on severe labor pains in running a train is still more stressful. But the courage of nurses is abundant and such an example is Mrs. Asmita Shinde. Mrs. Shinde was going for night duty to Saifee Hospital and boarded a train from Nalasopara and saw a lady in labor pain. She came forward to help this lady. Assembled needed things like hand sanitizer, clips to clamp the cord. But to her surprise, it was the breech presentation. She gathered courage and conducted breech delivery. And when the baby cried, mother and all co-passengers were elated with joy. We salute your courage to conduct breech delivery in running trains.

On 19th February 2019, she witnessed one lady getting convulsions in the metro started from Andheri. The victim fell down due to convulsions. Ms. Mayuri assessed her and gave her rescue position and first aid. And helped her to transfer her to the nearby hospital for further management. She has been felicitated by Metro Award.

Mr. Videsh Patil, student of Bhaktivedant College of Nursing. He has the courage to voice against the poor health services. We thank Videsh for giving first aid to the victim till he got satisfactory treatment. 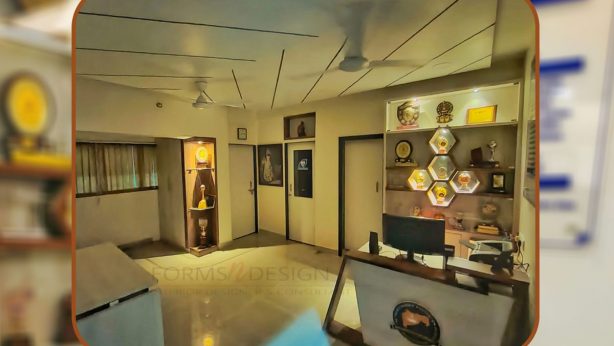 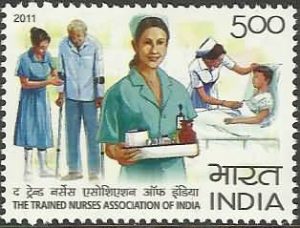